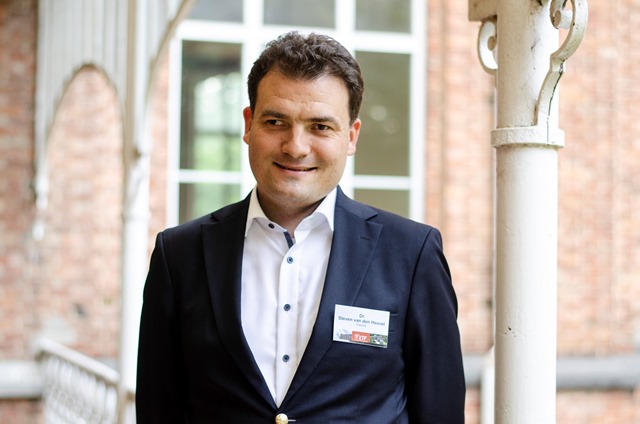 At the Institute of Leadership and Social Ethics (ILSE), a research institute of Evangelische Theologische Faculteit (ETF), Leuven, a change of watch takes place: as of 1 July 2020, Steven van den Heuvel succeeds Patrick Nullens as director.

Dr. Steven C. van den Heuvel has been involved in ETF Leuven since 2014, as well as in ILSE. He wrote his dissertation on the theology of Dietrich Bonhoeffer in relation to environmental ethics. Within ILSE, he has built up further expertise on themes of leadership, hope, technology and economic anthropology. Among other things, he is co-editor of eight scholarly books in this field.

His predecessor, Prof. Dr. Patrick Nullens, one of the initiators of ILSE, has served as its director from the beginning in 2009. With much vision and inspiration, he has played an important role in building up the research institute, among other things by initiating externally funded research projects. Although he is stepping down as director, he remains a member of the steering committee of ILSE, now in the role of founder and chairman. He also remains involved as a part-time professor at ETF Leuven in the research projects ‘The Hope Project’ and ‘Homo florens’, both funded by the Goldschmeding Foundation for People, Work and Economy.

Van den Heuvel: “As the new director, I want to build on the great work that has been done since 2009. For the future development of ILSE, it is important that we continue to conduct high-quality academic research on our core themes – leadership and social ethics – with an emphasis on valorizing results, primarily for the benefit of Christian professionals in various fields. In this way ILSE wants to contribute – in all modesty – constructively to the formulation of public theology”.

Van den Heuvel’s appointment as director of ILSE coincides with his promotion to associate professor. The dean, Prof. Dr. Andreas Beck, commented on him: “Since his promotion in 2015, colleague Van den Heuvel has dedicated himself in an excellent way to the development of ILSE into a respected research institute. I have every confidence in a bright future for ILSE under his leadership”.

Research within ILSE is highly interdisciplinary. For example, various research projects collaborate with philosophy, economics, psychology and sociology. There is also an emphatic search for dialogue between academic research and concrete practices. ILSE explicitly aims to offer concrete guidance to Christian professionals working in various fields.

A total of eight residential and non-residential researchers of ETF Leuven are associated with ILSE, with appointments at varying levels. ILSE is managed by a steering committee. In addition to academics, its members also include renowned Christian professionals from various fields.