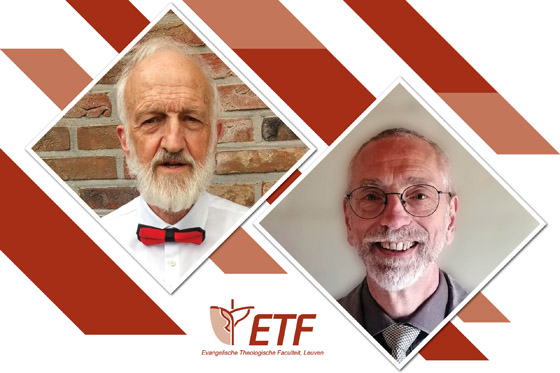 Structure and Construction of Isaiah
Prof. Dr. Hendrik Koorevaar’s research has focused primarily on the study of literary functioning of books as a whole, a question that emerged strongly in the 1980s. In his farewell lecture on September 7, he will discuss the structure and authorship of the book of Isaiah. This is based on the idea that the structure of the canonical form of a biblical book also determines its message. Koorevaar proposes a new three-part structure, guided by the question: “How does the author himself want his work to be read and what concrete indications concerning the structure did he leave behind?” This study shows that the beginning of Isaiah 13:1 plays a much more central role in the main structure of the book than is usually assumed in research.

Hendrik Koorevaar spent 44 years at ETF Leuven and Bible Institute Belgium, the predecessor of ETF Leuven. In 1990, he received his doctorate from the University Faculty of Protestant Theology in Brussels. In 1997, he was appointed professor of Old Testament. From 1997 to 2011, he was also chair of the Old Testament Department.

Dean Prof. Dr. Andreas Beck: “With Hendrik Koorevaar we bid farewell to a renowned colleague, who had already been associated with the former Bible Institute Belgium and then played a decisive role in the establishment of the Old Testament Department at ETF Leuven. After receiving emeritus status in 2012, he remained involved in teaching, shaping generations of students. Colleague Koorevaar has guided three PhD students to their doctorates who now hold influential positions in higher education themselves.”

John’s Gospel and the Shahāda
Gie Vleugels’ career at ETF Leuven began in 1985 as a lecturer. In 1997, he received his doctorate from the Potchefstroom University of Christian Higher Education (now part of North-West University) in South Africa and became Professor of New Testament and Early Christianity at ETF Leuven. From 1997 to 2014 he was also chair of the New Testament Department. His main fields of interest are the Semitic substrata of the New Testament, early Syrian Christianity, and the Odes of Solomon, the oldest songbook of the Church, the Syriac text of which Syriac he edited and translated.

Syriac was also the language of Christians in the Arabian Peninsula, where Islam originated. Some experts assume that the Quran can only be understood if one puts Syriac behind Arabic and the influence of Christian texts. This led Vleugels to begin studying Arabic and the Quran as well. Similarities with the Gospel of John were particularly striking. Hence the theme of his farewell lecture.

Muslims profess their faith in the so-called Shahāda (‘testimony’): “I testify that there is no god but Allah and I testify that Muhammad is the messenger of God.” Wings shows that the Gospel of John as a whole has been understood as a Shahāda, in which, however, Jesus is God’s messenger. Also in the Quran, Jesus is an envoy of Allah, so on this point the Gospel and the Quran are not opposed to each other. What differs is the mission of the envoy. In the Quran, God’s envoys (Muhammed as well as Jesus) assure that there is only one God, in the Gospel the heavenly Envoy makes that God also known and accessible.

Dean Beck: “Colleague Gie Vleugels has been very significant for our faculty, especially until his sick leave from 2014. Thus he led the New Testament Department in an inspiring manner, stood at the cradle of the Research Center for Early Christianity (RCEC) and supervised four PhD students until they received their doctorates. In addition, he dedicated himself to the further construction of the doctoral program, which he coordinated from 1994-2006.”

In honor of Vleugels’ emeritus status, the department will present him with the celebratory volume Off the Beaten Path: A Festschrift in Honor of Gie Vleugels on September 9. In 2011, Koorevaar received the festive volume Das heilige Herz der Tora: Festschrift für Hendrik Koorevaar zu seinem 65. Geburtstag. Theologische Studien.

Doctoral Colloquium
Bidding farewell to both professors takes place during the annual doctoral colloquium in the first week of September. Currently, 40 international PhD students from 15 different countries are engaged in a PhD program at the ETF Leuven.

Due to corona travel restrictions, this edition of the doctoral colloquium still takes place online. The two farewell lectures take place on campus, but will also be broadcast via live stream.

Tuesday, September 7, 2021, 18:30 CET
Farewell address Prof. Dr. Hendrik Koorevaar
The Structure of the Book of Isaiah: A Proposal for a Formal Author-Oriented Approach

Thursday September 9, 2021, 18:30 CET
Farewell address Prof. Dr. Gie Vleugels
ʽIsā Rasūl Allah – Jesus, Messenger of the Only God in the Gospel of John and in the Qur’an