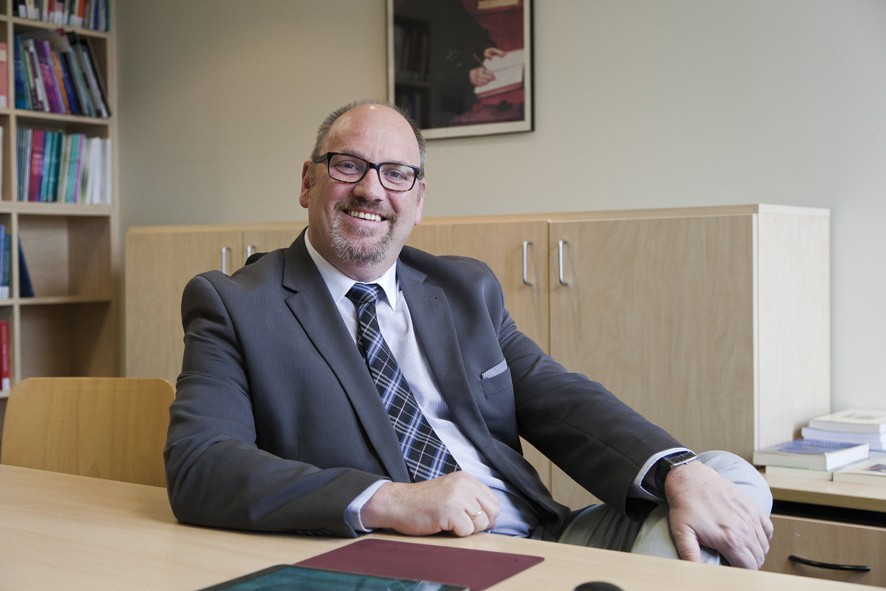 Prof. Dr. Patrick Nullens will leave his position as Rector of Evangelische Theologische Faculteit, Leuven, at the end of the academic year 2017-2018. He thus chooses to step back and focus on his work as professor within the department of systematic theology and director of the Institute for Leadership and Social Ethics, a research institute of ETF.

With great gratitude for his inspiration and achievements over the past decade the Board of Trustees accepts his resignation as rector. Drs. Filip De Cavel, Chairman of the Board of Trustees of ETF Leuven: “As Rector Patrick Nullens has played an important role in raising the academic standards of ETF, internationalizing and professionalizing ETF within the protestant evangelical world and in this way has exemplarily embodied the vision of ETF. We will miss him as Rector, but are glad that he remains as professor at ETF.”

Fellow members of the executive team Prof. Dr. Andreas Beck (Academic Dean) and Drs. Gerson Veldhuizen (Administrative Director) will continue the strategic direction of ETF. The Board of Trustees of ETF will consider future form of the rectorate.

About ETF Leuven
The Evangelische Theologische Faculteit in Leuven has as its core tasks education, research and societal service. Its programs are accredited by the Accreditation Organisation of the Netherlands and Flanders (NVAO). At the moment, the faculty has 184 students in the Bachelor’s, Master’s and Doctoral Degree programs.