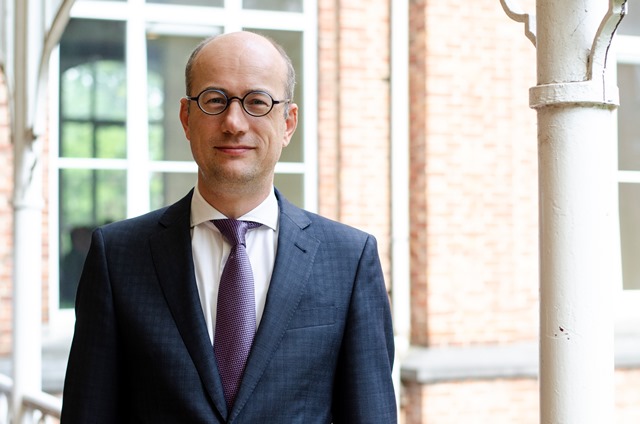 Dr. Koert van Bekkum will be promoted by Evangelische Theologische Faculteit (ETF) in Leuven to Professor of Old Testament with effect from 1 October 2020.

“Dr. Van Bekkum has followed an impressive course as an Old Testament scholar and in recent years has been strongly committed to development of the department of Old Testament at ETF Leuven”, says Prof. Dr. Andreas Beck, Academic Dean. “He is an excellent communicator and supports the office of the Dean as a policy advisor”.

Since August 1, 2018, Van Bekkum is Associate Professor of Old Testament at ETF Leuven and since September 2019 chairman of the department of Old Testament. His research focuses on the literary, historical and theological meaning of the biblical books from Genesis to 2 Kings. Amongst other things, he focuses on the meaning of various descriptions of the promised land.

In 2010 Van Bekkum defended his PhD thesis “From Conquest to Coexistence. Ideology and Antiquarian Intent in the Historiography of Israel’s Settlement in Canaan.” He was educated at TU Kampen, where he subsequently worked as university lecturer in Old Testament from 2012 to 2018 and now works part-time as Associate Professor since 2018. Since 2016 Koert van Bekkum is also a minister within the Reformed Churches in the Netherlands (liberated) with a special assignment for theological education and research. He maintains an extensive academic network and is, among other things, secretary of the Old Testament Society in the Netherlands and in Belgium, OTW.

According to Prof. Dr. Jos de Kock, Rector: “Colleague Van Bekkum is an outstanding Old Testament scholar. He is an inspiring teacher for students. I expect Dr. Van Bekkum to make an important contribution to further development of ETF Leuven as a professor. The fact that he will also remain affiliated with TU Kampen confirms the good cooperation between both academic institutions”.