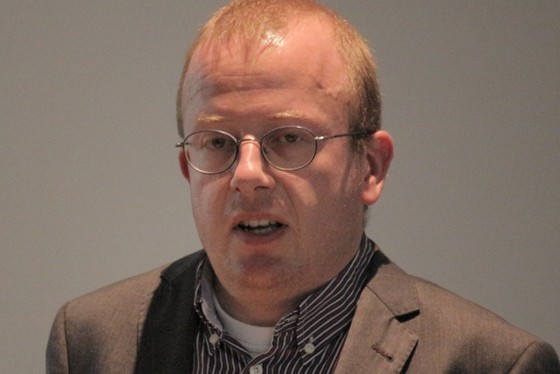 KAMPEN/LEUVEN – March 12, 2015 – Dr. Dolf te Velde has been appointed at the ETF as lecturer Historical Theology with a work load of 20%. The appointment is a double appointment with the Theological University in Kampen, and is set in the context of the foundation of the Center for Excellence in Reformed and Evangelical Theology (CERET), a cooperation between both academic institutions.

The particular goal of CERET is the further development of research and education in Classical Reformed Theology, a field which is of great importance both to the TU Kampen, as for the ETF, as evidenced by our Institute of Post-Reformation Studies (IPRS). Prof. Dr Andreas Beck, dean of ETF, professor of Historical Theology and chairman of the IPRS: “The double appointment of Dr. te Velde is a logical step in our cooperation. We have always sought cooperation in this area, but from now on this will happen in a more official way, through this appointment.” Dr. te Velde will be appointed as of September 1st, 2015.

Recently, Steven van den Heuvel’s promotion took place, the first joint doctorate of ETF Leuven and TU Kampen. There are more joint doctorates in the making, for example Simon van der Lugt’s research into the dialogue between Reformed Christians and Hindus originating from Suriname, in the Netherlands.

About Dr. Te Velde
Dr. Dolf te Velde (1974) studied theology in Kampen and Grand Rapids (VS) and was formerly at work at the TU Kampen as an assistant in training, educational coordinator and post-doctoral researcher. Since 2007, he is preacher of the Reformed Church (Liberated) in Pijnacker-Nootdorp. In 2010 he obtained his doctorate under Prof. Dr Barend Kamphuis on: “Path’s Beyond Tracing Out: the Connection of Method and Content in the Doctrine of God”, as study into the doctrine of God in Reformed Scholasticism, in the thought of Karl Barth and in the Utrecht School. As an expert in the field of Classical Reformed Theology he was also editor of the first part of the scientific edition of the Synopsis Purioris Theologiae, the seventeenth-century manual for Reformed Theology from Leiden, which appeared last year. Te Velde is married and has six children.