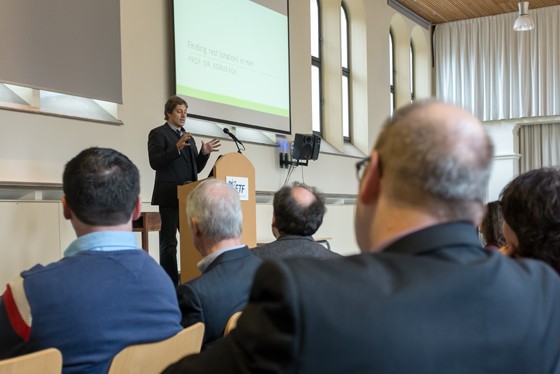 Dr. Kok’s academic work is characterized by an interdisciplinary approach, with publications on the New Testament, ethics and mission. For example, in 2014 he co-edited the books Sensitivity towards Outsiders: Exploring the dynamic relationship between mission and ethics in the New Testament and Early Christianity (Mohr Siebeck) and Insiders versus Outsiders (Gorgias Press).

Dr. Kok is an internationally known speaker in academic, ecclesiastical and public spheres. In 2003, he was confirmed as clergy in the Dutch Reformed Church in South Africa. Kok is married and has two sons.

Prof. Dr. Andreas Beck, academic dean of the ETF: ‘It is impressive how Dr. Kok, only in his thirties, has already proven himself internationally. We look forward to his academic impetus for further development of the New Testament department at ETF.’

Prof. Dr. Patrick Nullens, rector of ETF, says: ‘Dr. Kok is a young, dynamic academic who at the same time is very involved with the Church and with Christian life. His international experience and network and the excellent way he is able to convey the relevance of his academic work to believers and the Church mean that he will fit in very well at ETF. The appointment will also strengthen the link between ETF and churches and universities in South Africa.’