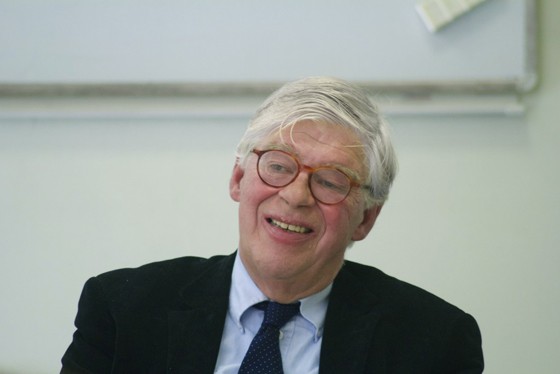 On the morning of 29 May, the well-known Church history professor, Dr. Willem van Asselt, barely a month after having turned sixty-eight, died of complications following a stroke. After having served for twenty-one years as a Dutch Reformed pastor, he was professor of Reformed Protestantism at the University of Utrecht, from 1993 – 2007, and professor of historical theology at the Evangelical Theological Faculty (ETF), in Leuven, since 2008.

Professor Van Asselt was warm and amiable and meant much to congregations, students and colleagues. He was an internationally renowned scholar in early modern Church history, specializing in Reformed orthodoxy and scholastic method. He wrote or co-authored fourteen books, and hundreds of articles in academic books and journals. The international recognition of his work was shown with his Festschrift, Scholasticism Reformed, published by Brill, Leiden, in 2010.

Willem van Asselt was born on 30 April 1946 in Slijk-Ewijk, near Nijmegen. In the fifties, his family moved to Ede, where his father was principal of the first Christian National School (CNS). The young Willem was eleven years old when his father died of a heart attack at the supper table. His mother, now alone, sent him to grammar school, where his love for the classical languages was awakened. He left for Utrecht in 1964 to study theology. He took his degree in 1967, and having successfully passed his Church exams, he was ordained in 1969. Remarkably, he married Marian de Bruijn, a former Roman Catholic and ballet teacher, who later became a kinesiologist and wrote a book about the subject from a Christian perspective. After having been a vicar, he served with heart and soul as Reformed pastor in Uitwijk and Waardhuizen (1972-1977), Steenwijk (1977-1983) and Bennekom (1983-1993). He had a heart for the pastorate and for marginalized people. Although he belonged to confessional circles, later, even as member of the synod, he had an aversion to the coterie of pastors, and often preached in other Church denominations. He loved the refreshed psalter, but was also pleased from time to time to have the congregation sing a contemporary song or evangelical hymn. For his personal devotions, he loved to use the Anglican Book of Common Prayer.

During his years in Church work, the tug of scholarship never left him alone. Under the tutelage of his Utrecht master, Professor S. van der Linde, he worked on a thesis about the seventeenth-century covenant theologian Johannes Coccejus, and passed his doctoral exam in 1980. This eventually led to the preparation of an influential dissertation on the structure of covenant theology in Coccejus, the defense of which he successfully gave in 1988 at the University of Utrecht. This study developed in the context of the ‘Classic Reformed Theology Workgroup,’ which was founded by Dr. Antoon Vos in 1982, with the intent of studying and analyzing Reformed scholastic texts. Van Asselt chaired the group from 1990 to the day of his death.

In 1993, his doctoral supervisor, the well-known Professor C. Graafland, retired with the honor of emeritus professor. Graafland had the dual position at the University of Utrecht as extraordinary professor in function of the Reformed synod, and University lecturer in function of the theological faculty. Dr. Arie de Reuver became his successor as extraordinary professor, and Dr. Van Asselt as University lecturer.

Dr.Van Asselt immediately played an important role at the theological faculty in Utrecht as Church historian and also later as director of education. He built up an international network of researchers in sixteenth and seventeenth century Reformed scholasticism, organized congresses and encouraged generations of students to conduct research in this field of study. This led to a total of seventeen doctoral researchers in Utrecht, Leiden, Kampen, Amsterdam, Leuven, and Grand Rapids, where he was involved as co-supervisor. I myself think back and remember with gratitude, as one of his Utrecht doctoral students and a member of the Classic Reformed Theology Workgroup, his inspiring guidance in harmony with friendship. An exceptional friendship connected him with the American professor Richard Muller, a Church historian, who hosted Dr. Van Asselt in Grand Rapids at Calvin Theological Seminary for a semester in 2001. The connection of friendship, amicitia, and scholarship marked the work of our colleague Van Asselt. He radiated a sphere of friendship not only to his colleagues and his department, but also to his graduates and students. For him, friendship had theological roots and was deeply grounded in God’s friendship with people, the amicitia Dei. This Latin idiom formed the title of his dissertation. After he had been appointed professor doctor in historical theology at the ETF Leuven, in 2008, in his inaugural address he described covenant theology as an invitation to friendship. He admitted how as a young pastor he had been moved by John 15, where Jesus said that He no longer considered His disciples as servants, but as friends. The motif of friendship rooted in God in the covenant relation between Christ and believers he found wonderfully expressed in the covenant theology of Coccejus. Coupled with that he showed how Church fathers, such as Augustine and the medieval theologians Bernard de Clairvaux and Thomas Aquinas, attached importance to the Christian notion of friendship with God.

Appreciation for the covenant theology of Coccejus began when Van Asselt was a student, but later there also grew an appreciation for the scholastic theologian Gisbertus Voetius. In a great number of publications, he demonstrated that Reformed scholasticism was not a lapse after the Reformation, but rather a development that made use, as it were, of the medieval theologian’s toolkit in order to bring clarity to the position of the Reformation. Seen in this way, Coccejus also appears to be a scholastic theologian. Moreover, as in the case of Voetius, an overtly scholastic method can go hand-in-hand with a strongly accented Christian spirituality. In many aspects, Reformation and Reformed orthodoxy historically are to be placed against the broader background of the catholicity of the Church. Professor Van Asselt showed this in authoritative contributions on Johannes Maccovius, the Synod of Dordt, and Voetius. Together with members of the Classic Reformed Theology Workgroup, which includes four ETF colleagues and graduates, he worked on a scientific text-critical edition and translation of the Leiden Synopsis purioris theologiae (1625).

As professor in Leuven, Dr. Van Asselt, together with colleague Antoon Vos and me, founded a research institute at the ETF for post-Reformation studies, ‘The Institute of Post-Reformation Studies’. He whole-heartedly committed himself to the task, with infectious enthusiasm, and great personal interest in all the staff and the entire faculty. This was true of his involvement in and organization of many international congresses, as well as of his strong encouragement of many master and doctoral students whom he helped along the path of research. Characteristic of him was his co-initiative in founding the student society Per Aspera Ad Perfectioria (PAAP), for which, as the first honorary member, he gave the inaugural address. There will be many in the Netherlands, Belgium and worldwide who will hold on to their good memories of him. 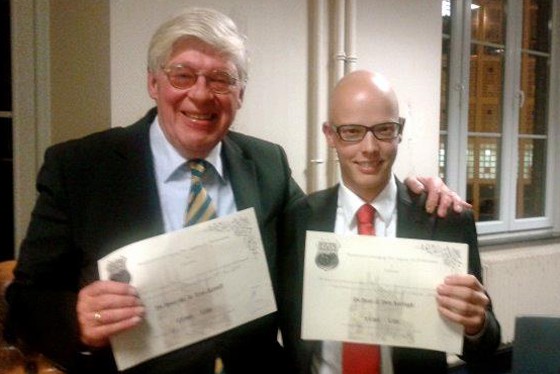