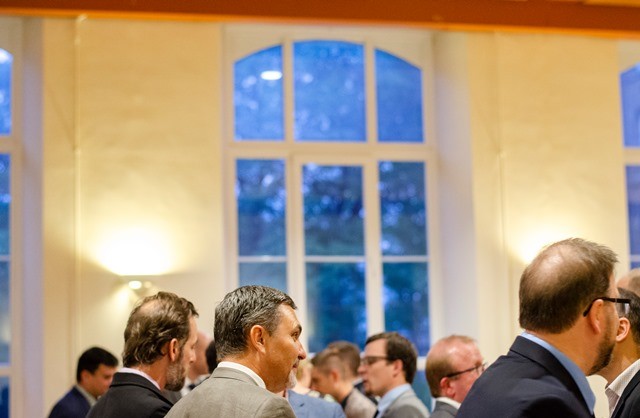 Today the Evangelische Theologische Faculteit in Leuven opened the 2018-2019 academic year with 58 new enrollments: 30 students are enrolled for a bachelor’s program, 23 at the master’s level and 5 for the doctoral program. At this writing registrations are completed. The total number of students for 2018-2019 has grown slightly and is projected to be 215.

Newly appointed rector Prof. Dr. Andreas Beck spoke in his opening speech of ETF Leuven as a bridge builder between past and present, across borders of countries and nations, between cultures and across church walls, and among various partner institutions: “We experience cooperation as enriching. A good bridge is an overstrained construction that remains in balance. In this way, a strong identity with an open mind can take a lot.”

“Our world continually experiences innovation and change. We live in ‘fluid times’”, stated Prof. Dr. Jack Barentsen in his inaugural lecture. Post-truth is the newest phenomenon of this liquid age. Collapsing trust in time honored institutions in combination with influence from online media make it difficult to separate fact and fiction. In his lecture Barentsen addressed the question of how religious leaders can guide their followers in this post-truth age, how they can mobilize people for reconciliation rather than alienation, and how they can create religious identities that are open, humble and hospitable towards all people, with a hopeful vision for their future. 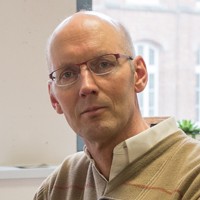 Prof. Dr. Jack Barentsen (1958) was promoted in January 2018 to Professor of Practical Theology at ETF Leuven. He is chairman of the department of Practical Theology and researcher at the ETF Institute of Leadership and Social Ethics. In his earlier doctoral research he described the development of leadership in early Christianity, published in 2011 as A Social Identity Perspective on Local Leadership Development in Corinth and Ephesus. He has since focused on pastoral leadership in practical theology, and collaborated on various publications through ILSE, including Christian Leadership in a Changing World: Perspectives from Africa and Europe and The End of Leadership? Leadership and Authority at Crossroads. Barentsen started his career as a church planter in the southern part of the Netherlands, and since then has maintained good contacts in the USA and South Africa. Jack Barentsen and his wife Patricia have two daughters and a grandson.