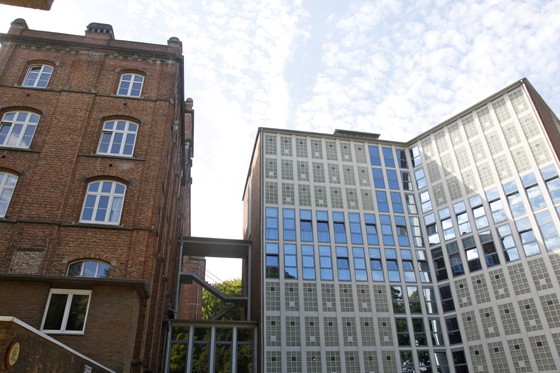 LEUVEN, September 21, 2015 – Today marks the opening of the academic year 2015-2016 for the Evangelische Theologische Faculteit in Leuven (ETF). With a student body of more than 220 students its stable growth continues.

Rector Prof. Patrick Nullens: “ETF is committed to sustainable growth. In a climate where theology is less accepted, and faith is becoming more and more private, it is a challenge to preserve your Christian identity at academic level and at the same time keep your constituency close and even strengthen it. I think we do it pretty well. Our PhD program is large and unique in Europe. Our ETF Open University is increasing in importance. Our Summer Colloquium attracts more and more students. And our students are fantastic, motivated people. It is a privilege to serve them.” 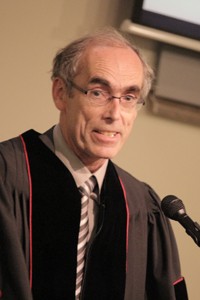 Prof. Dr. Evert W. van de Poll, appointed in 2015 as Professor at ETF in Leuven, introduced in his inaugural speech a new perspective on the study of the relationship of Europe to evangelization: ‘the paradox of Europe and Christianity’. “Our European societies are are marked as much by Christian faith as by its abandonment and rejection.” Van de Poll suggests that an approach from this paradox provides us with a more refined perception of evangelization in Europe because it shows contradictory aspects of one and the same reality.

Prof. Dr. Evert W. van de Poll (1952) has served on the ETF faculty since 2002. In 2015 he was appointed Professor of Religious Studies and Missiology. Prof. Van de Poll earned his Th.M. at Utrecht University, the Netherlands. In 2008 he was promoted at the Evangelische Theologische Faculteit in Leuven with a doctoral dissertation on Messianic Jewish Holiday Practice.

Since 1998 he lives with his wife Yanna in France, where they serve in the Fédération des Églises Évangéliques Baptistes de France (FEEBF). 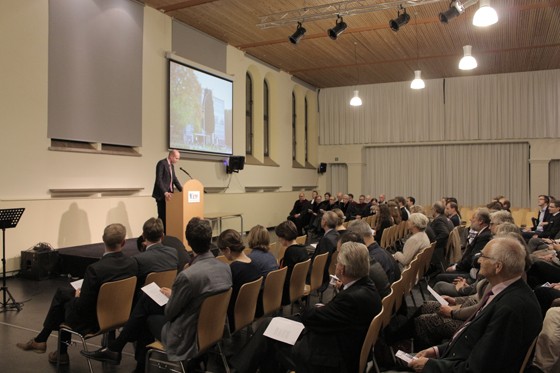