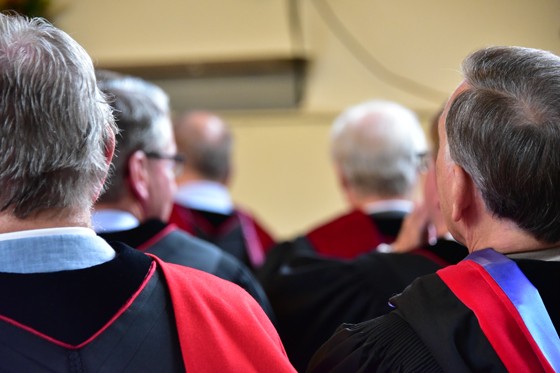 The annual doctoral colloquium of the Evangelische Theologische Faculteit, Leuven, presents two promotions – one on a linguistic study of the Gospel of John, and another on Frederik Fransons’ Missiology –, an inaugural lecture from New Testament Professor Jacobus (Kobus) Kok and a festive evening honoring Prof. Dr. Patrick Nullens as outgoing rector.

The annual highlight of ETF’s PhD program is its colloquium when all doctoral staff and students come together at ETF’s campus for feedback on research projects, graduations, and various activities to stimulate research. This year’s theme is “Building Bridges, Past, and Present,” reflecting on how theological areas of participants can and do promote rapprochement, in past and present, among Christians or between Christians and others. At present, thirty-nine international students from twelve different nationalities (Belarus, Belgium, France, Germany, Indonesia, Malawi, Netherlands, Ukraine, Syria, Switzerland, USA, Zambia) are working on doctorates at ETF.

Colloquial Hebraism and Aramaism, and the Gospel of John

On September 4, Clemens Wasserman (DE) will defend his thesis, “Das vierte Evangelium aus Sicht der semitischen Sprachen: Ein linguistischer Beitrag zur Klärung der johanneischen Frage.” The dissertation investigates the influence of Semitic languages on the Fourth Gospel. Particular to this study is the inclusion of Arabic and Aramaic dialects from the western Levant region in order to better identify colloquial features within the Semitisms of the Fourth Gospel. With the help of syntactical databases for the Old Testament, the New Testament and selected Qumran scrolls, more precise insights emerged regarding the question of Semitic sources behind the Greek text of the Fourth Gospel, and regarding the Johannine question in general. One major discovery is that the Gospel of John contains both colloquial Hebraisms and colloquial Aramaisms. Wassermann´s promoters are Prof. Dr. Geert W. Lorein (ETF Leuven, Old Testament) and Prof. Dr. Shabo Talay (FU Berlin, Semitistik/Arabistik)

Clemens Wassermann lives near Stuttgart in Germany with his wife and their four daughters. Currently he is involved in theological training and revision of Bible translations. 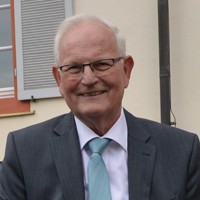 On September 6, Hans Ulrich Reifler (CH) will defend his thesis “Zur Missiologie Frederik Fransons (1852-1908): Eschatologie, Missionsmethodik und Transnationale Vernetzung.” The dissertation investigates the life and work of Frederik Franson (1852-1908), a Swedish-American revival evangelist, mission mobilizer and mission strategist. This study examines the influence which Franson’s eschatology, mission methods and transnational networking had on his missiology and his missionary work. The dissertation argues that Franson’s eschatology motivated him to such an extent that within 22 years numerous churches, fifteen faith missions, and four free church federations emerged as a result of his restless ministry. Franson also implemented new methods of missionary work: follow-up meetings for new converts in Europe and evangelization courses as an instrument to recruit new missionaries. In addition, Franson’s life and work are reconsidered in the light of prevailing transnational connections in politics, economy, and religion. This examination leads to the question of his relevance for his time and for today. Reifler’s promoter is Prof. Dr. Christof Sauer (ETF Leuven).

Hans Ulrich Reifler, born 1949 in Basel, studied Theology in Basel and Vancouver. From 1976-1991 he served as a missionary with the Swiss Alliance Mission in Brazil, and from 1991-2014 as a lecturer at St. Chrischona Theological Seminary, Basel. He is married to Karin Grösser. They have four children and ten grandchildren. 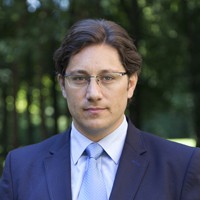 In his lecture, Kok will explain that Early Christian identity construction involved the process of determining inclusive and exclusive boundaries with regard to identity, ethos and ethics. Kok uses cognitive metaphor theory to discern how two early Christian documents, the Odes of Solomon and the Gospel of John, reflect similar yet distinct efforts to establish these boundaries in the first centuries of the Common Era.

Kok is main editor and project leader of the books Sensitivity to Outsiders (published with Mohr Siebeck, 2014), Insiders versus Outsiders (Gorgias Press, 2014), and Leadership, Spirituality and Discernment (Springer, 2018), as well as the author of several monographs related to this research topic (including New Perspectives on Healing, Restoration and Reconciliation in John’s Gospel, Brill, 2017). 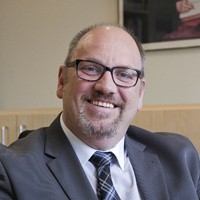 On September 6, 2018, ETF will honor its outgoing rector, Prof. Dr. Patrick Nullens. Prof. Nullens has shaped the vision of ETF in an inspiring way for over a decade. During his term, ETF has raised its academic standards and grown in internationalization and professionalization. Prof. Nullens will continue to be involved at ETF as full professor of Systematic Theology (Ethics). The theme of the evening is ‘Deeply Rooted, Widely Branched.’