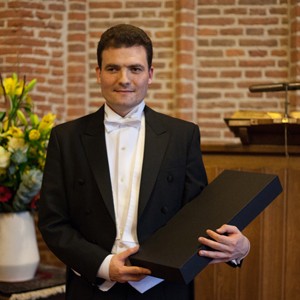 KAMPEN/LEUVEN – 23 January 2015 – On Friday 30 January, Steven van den Heuvel will obtain a doctorate for a thesis in which he demonstrates the relevance of the theology of Dietrich Bonhoeffer to current environmental ethics. The continuing ecological crisis demands renewed reflection on the way in which people deal with one another and with nature. Particularly for Christians, who see the world as God’s creation, this reflection is of great importance.

In order to stimulate this process of reflection, in his research Steven van den Heuvel focuses on the thinking of Dietrich Bonhoeffer (1908-1945). Although the renowned German theologian lived at a time prior to the ecological crisis, his work contains many elements that can help give shape to a ‘green faith’. For example, in an original way Bonhoeffer works out the thought in Romans 8 that nature will also be redeemed by Christ. In this, he points to the Christian sacraments as a sign of the liberation of nature – for example, as in Holy Communion the bread and wine point to the body and blood of Christ, in God’s future the whole of redeemed nature will glorify Him. Bonhoeffer also writes in a nuanced way about the relationship between mankind and nature – he emphasises that being human entails an intimate connection with the earth from which we are formed, while at the same time he holds to the biblical instruction for humanity to rule over the earth, albeit giving this ruling a very specific tint.

The author argues that thoughts like these can make an important contribution to current Christian thinking about nature and the environment.

The defence of the thesis will take place on Friday 30 January at 14:00 hours in the Lemker Hall of the Broederkerk in Kampen. 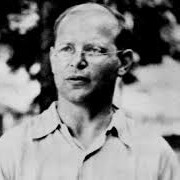 About the doctoral candidate
Steven van den Heuvel is an academic assistant at the ETF Leuven and at the TU Kampen. His dissertation is a joint doctorate of the Evangelical Theological Faculty in Leuven and the Theological University of Kampen and also the first research project carried out in the Centre of Excellence in Reformed and Evangelical Theology, established in 2014, a cooperative venture between the two universities.

About the universities
The TU Kampen and the ETF Leuven both provide academic theological education at three levels: Bachelor, Master (of divinity) and Doctorate. They work within the same framework of accreditation and teaching structure, in accordance with the requirements of the Accreditation Organization of the Netherlands and Flanders NVAO, and are both smaller university institutions in the Low Countries.

The TU Kampen is an academic theological institution linked to the (Liberated) Reformed Churches in the Netherlands.

The ETF Leuven is an interdenominational academic institution that focuses on the broad Evangelical movement, in which both established and free Churches have a place. The international institution is located in Leuven, Belgium.