Home “Christian theology is not dead”

"Christian theology is not dead" 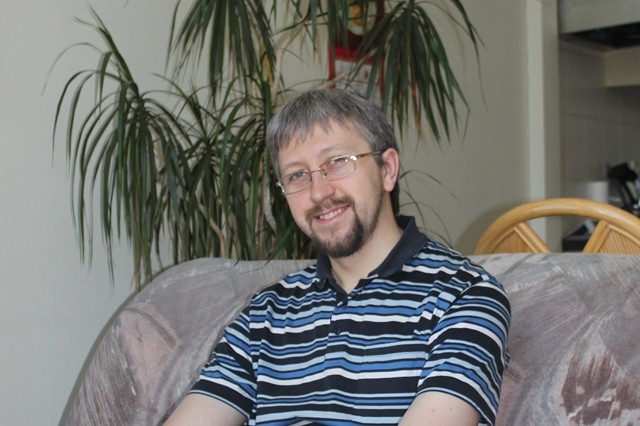 “Christian theology is not dead”

“In 2009 I became a residential master student at ETF. After the graduation in 2011, I returned to my home country of Ukraine. I entered the part-time doctoral program and in 2017 came back to ETF to spend some months working on my dissertation. I used to be involved in educational ministry in Ukraine and serve as a translator from English to Russian in Donetsk Christian University. Because of the political developments in Eastern-Ukraine, this university ceased to exist.  Just half a year before the crisis in eastern Ukraine my wife Alyona and I moved to Odessa, southern Ukraine, where we worked at Odessa Theological Seminary of Evangelical Christians-Baptists. For some years, we participated in the life and work of academic department — we were involved in teaching, translating, doing some library work and organizing student activities. Besides, I was involved in guest teaching in few other evangelical schools and lectured on historical theology, systematic theology, and critical thinking. Up till now, I keep connections with the Ukrainian Christian education: for example, I have just published two articles and am currently teaching an online course at Kiev Theological Seminary — a small but not insignificant contribution to the intellectual life of the Christian community in my home country.”

Mentors
“When I was thinking about pursuing my master studies in theology two friends of mine who were alumni of ETF recommended me this school. They showed photos, told about the high academic level of ETF, and highlighted that it was a good place with good people doing good theology. As I discovered later all that was true! My primary interest lies in the historical theology, and this university has fantastic professors who can be one’s great mentors on the road to a rediscovery of the Christian tradition. It is a privilege to learn from these people and try to delve deeper into the treasures of Christian thought and spirituality of the past in order to say something about the present.”

Gods will
“I am working on one big project in Ukraine; a translation of the select theological works of a Dutch Protestant theologian James (Jacob) Arminius (1560-1609) from Latin to Russian. It is envisioned to be an annotated translation with some comments and contributions which would help the reader understand the text and its historical context. It is an essential primary source that is not yet available in Russian, although many Evangelicals in the post-Soviet countries consider themselves “Arminian.” Together with my colleagues, I do my best to make this significant and influential post-Reformation thinker’s writings accessible to Ukrainian, Russian, and Belorussian audiences.”

PhD
“My doctoral dissertation at ETF is provisionally entitled “God’s Interior Mystery: God’s Knowledge and God’s Will according to Bonaventure and Thomas Aquinas, Especially as Presented in Their Scripta” and has to do with the doctrine of God of the two medieval thinkers – Bonaventure (c. 1217–1274) and Thomas Aquinas (c. 1225–1274). I seek to establish the differences as well as similarities in their perceptions of the nature of God’s knowledge and God’s will and the relationship between the two divine attributes. This is a crucial issue in the context of medieval and contemporary theological, as well as philosophical, discussions because every specific interpretation of the problem both expresses and further reshapes one’s perception of the reality. How you see God heavily influences the whole theoretical framework whereby the world is understood. I try to engage other medieval thinkers as well in my research and discover their sublime ideas which, I believe, may contribute to the current theological discussions. After all, the Christian teaching and thinking is not dead — it is alive and kicking, if we live by our faith and long to understand it.”

Walls, books, and people
“For a Belgian or a Dutch, Leuven looks probably like a typical Benelux town, but for me as an Eastern European the difference is obvious. This unique Flemish city has an idiosyncratic atmosphere that can be captured by three words: walls, books, and people. Moreover, these three realities are intertwined in such a way, that it creates a special flavor. The walls of medieval and early modern buildings inspire one to study the history of books and ideas and let you feel the past in the present; the best libraries allow one to have access to the treasures of knowledge discovered by the great minds of humanity; finally, it is people who write and keep these books and vivify the old walls. Leuven is a small but very globalized and vibrant university town filled with people of many nationalities and views: students, professors, native inhabitants, tourists. It is a tapestry of faces floating along the streets and sticking their noses in books and laptops. I feel perfectly fine in this context for if you want to study theology but don’t like huge megapolises (as I do), it is a perfect place to spend some weeks, months, or even years doing some research. The ETF as a protestant-evangelical university in the heart of an old good medieval city is a great place to digest voluminous books, play with theological ideas, and, last by not least, connect with other people enamored with the same thing — Christian theology.”

Would you like to study theology at the ETF, just like Rostislav? We warmly invite you to our Open Day at August 23.