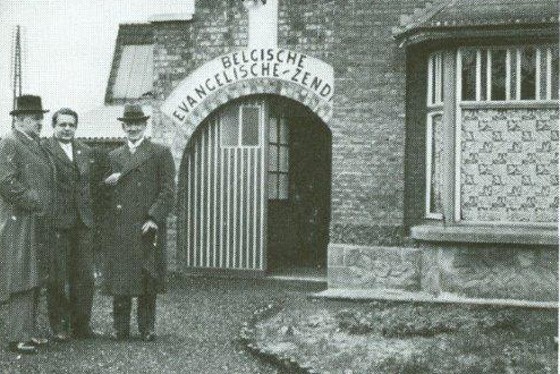 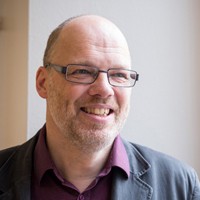 LEUVEN, March 21, 2015 – On Saturday, March 28th, church historian Aaldert Prins will defend his dissertation about the history of the Belgian Evangelical Mission (BEM) from 1918 to 1962. The BEM played an important role in the growth of Protestantism in Belgium in the twentieth century. The doctoral defense will be preceded by a morning colloquium entitled: ‘Vital Christian Communities of Faith in Belgium since World War I.’

The BEM played an important role in the growth of Protestantism in Belgium in the twentieth century. Her founders, the American couple Ralph and Edith Norton, had ties with the holiness movement as well as with conservative evangelicalism, which defended a literal reading of the Bible. During WWI, they founded a mission organization, aimed at Belgian soldiers, combining humanitarian help with evangelization through leaflets. After the war, the Nortons continued their activities in Belgium, broadening up the target audience to the whole of the Belgian population.

Considering that most BEM-workers (most of those working in Flanders came from the Netherlands) had differing church backgrounds, the BEM developed a double practice of baptism: they baptized children as well as adults. From time to time, this lead to internal tensions. At the same time, the emphasis came to lie more and more on a certain strict, literal reading of the Bible. This resulted in the fact that evangelistic opportunities for women gradually reduced. In March 1962, eight churches founded a new denomination, partially independent from the BEM.

Since 2009 Aaldert Prins works at the Protestant-Evangelical Archive and Documentation Center (EVADOC), which works closely together with the Catholic the Documentation and Research Center for Religion, Culture and Society of the KU Leuven (KADOC). He is also an assistant in our department of Historical Theology and at work in religious education in secondary schools.

His defense will take place on Saturday, March 28th, at 2 pm in the Chapel at the ETF Leuven.

Morning Colloquium
During the morning colloquium ‘Vital Christian Communities of Faith in Belgium since World War I’, this research project will be discussed within a broader framework. There will be contributions from Prof. Dr Geert Lorein, Chairman of the Federal Synod, and Prof. Dr Jan de Maeyer, director of KADOC, the Documentation and Research Center for Religion, Culture and Society. Elizabeth Mareels, researcher at the Université Catholique de Louvain, will speak about her research into protestant-evangelical immigrant churches.

About Evadoc
The archives of the BEZ have been placed under the management of Evadoc, the Protestant-Evangelical Archive and Documentation Center. Evadoc organizes study and meeting days in order to advise managers of evangelical heritage in the keeping of archives. Aside from that, Evadoc works to map out the protestant-evangelical heritage in its Flemish, Belgian and international context.