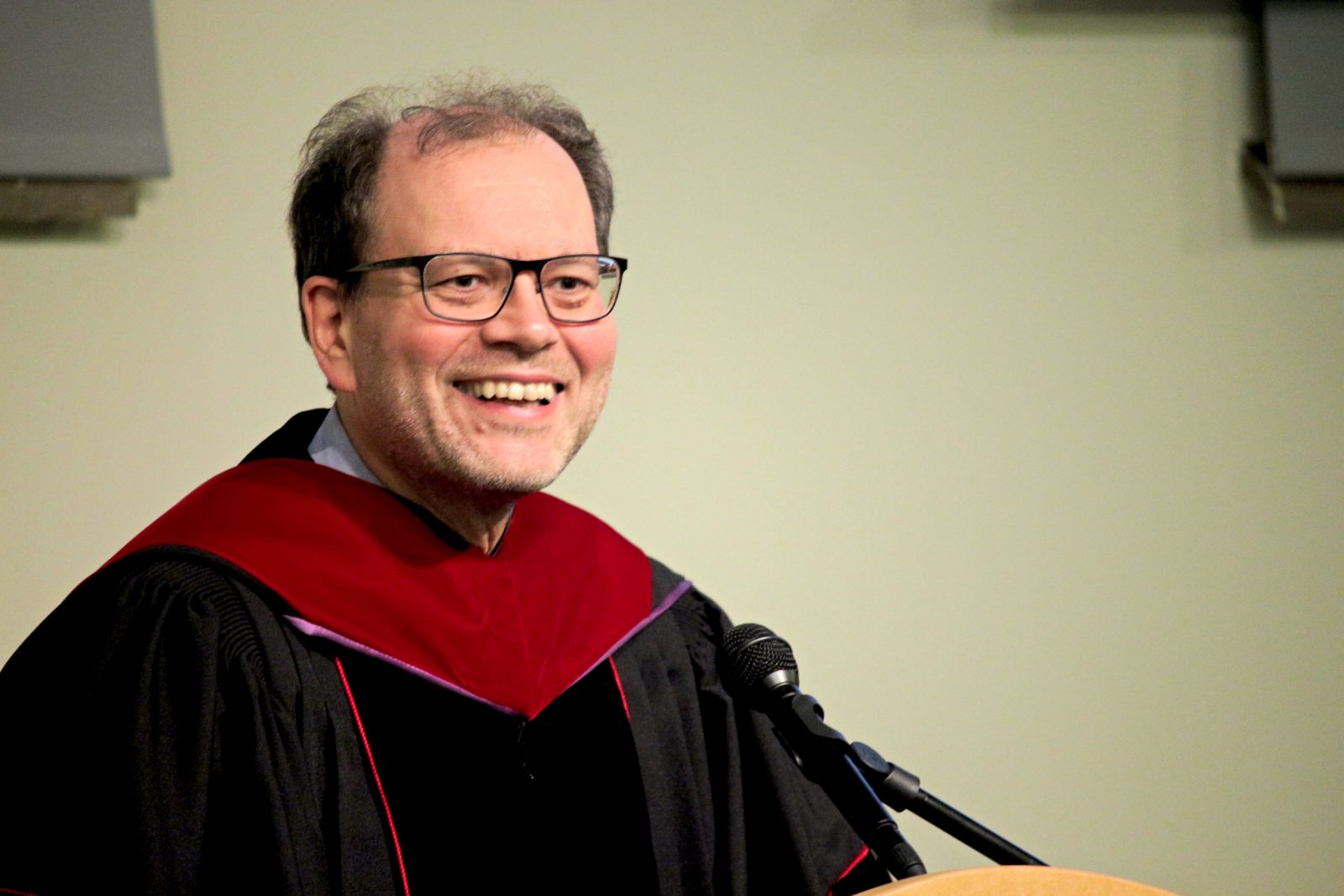 Andreas Beck is also full professor, chair of the department of historical theology, and director of the Institute of Post-Reformation Studies at ETF Leuven. He has been employed fulltime by ETF since 1999, academic dean since 2004, and a member of the executive management team since 2003.

During the transition period, this team of Andreas Beck and drs. Gerson Veldhuizen (administrative director) will be strengthened by the appointment of two academic vice deans, Dr. Jelle Creemers and Dr. Maria Verhoeff. “In this transitional period we want to focus on continuing the strategic course of ETF Leuven, based on our unique set of core values: Bible-oriented, academic and up-to-date, interdenominational and international,” says Beck. “I look forward to continuing good collaboration with all our partners.”

In November 2017 it became known that Prof. Patrick Nullens would resign from his position as rector at the end of academic year 2017-2018 in order to devote himself to his work as full professor at ETF Leuven and as director of the Institute for Leadership and Social Ethics, a research institute of ETF Leuven.

In the meantime, a vacancy for a new rector has been published.

About ETF Leuven
The Evangelische Theologische Faculteit in Leuven has as its core tasks education, research and service to society. Its programs are accredited by the Accreditation Organisation of the Netherlands and Flanders (NVAO). At the moment, the faculty counts 198 students in its Bachelor’s, Master’s and Doctoral degree programs.