Home News & Events News For the Worship and Glory of the Triune God: Amandus Polanus’ Reformed Doctrine of God 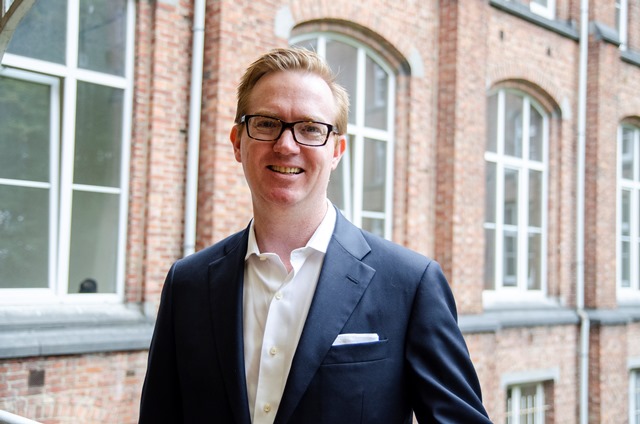 For the Worship and Glory of the Triune God: Amandus Polanus’ Reformed Doctrine of God

On September 10, Stephen Tipton, a junior researcher in the Institute of Post-Reformation Studies at the Evangelische Theologische Faculteit (ETF) in Leuven, will defend his PhD dissertation on the doctrine of God in Amandus Polanus (1561-1610) at ETF Leuven (online promotion). His research centers upon an historical and contextual analysis to determine the ground, method, and goal of Polanus’ doctrine of God’s essence and attributes.

The German Reformed theologian Amandus Polanus is often considered by scholars of early modern thought to be a highly significant but a generally neglected figure. He was foundational in drawing together the theology of the first generation of Reformed Scholastics, both in the earlier Partitiones theologicae (1590 and 1599) as well as the later and much larger Syntagma theologiae christianae (1610). Part of Polanus’ significance comes from the manner in which he includes ethics in his discussion of theology, the emphasis he places upon the practical application of theology (particularly in his doctrine of the Divine essence and attributes), and the way in which the Syntagma is organized with an interesting mix of Ramist dichotomies and the scholastic distinctions common in Christian Aristotelianism.

Tipton’s research demonstrates that Polanus seeks to build his understanding of God’s essence and attributes upon the ground of God’s authoritative word, to erect that doctrine with the aid of logical arguments and reasoning, all to the worship and glory of the Triune God: Father, Son, and Holy Spirit. This conclusion is defended against previous research into Polanus which suggests that his theology is grounded in logic and reason and that it subordinates the Trinity beneath an Aristotelian notion of God’s perfect unity. This research not only corrects these previous notions about Polanus, it also provides greater insight into the early Reformed Orthodox period and the theology that arose from that time.

In addition to his work as a Junior Researcher in the Institute for Post-Reformation Studies, Stephen Tipton is the Senior Pastor of Hillcrest Presbyterian Church in Volant, PA.

The defense will take place online on Thursday, 10 September, starting at 6:30 PM (CET).

Doctoral colloquium ‘Speaking of God in Times of Anxiety’

Tipton’s PhD defense takes place during ETF’s doctoral colloquium ‘Speaking of God in Times of Anxiety’ from 7-11 September. The doctoral week will take place online for the first time.