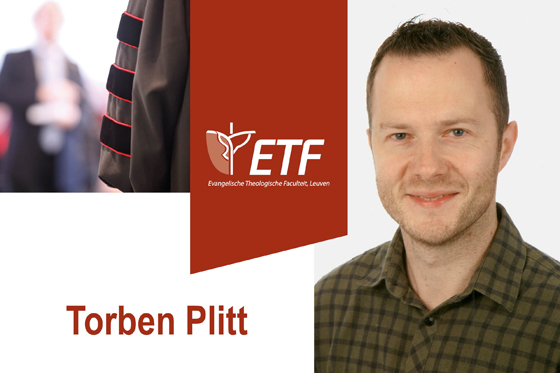 A shortening tendency in the formation of the Synoptic Jesus tradition

On 2 September, German pastor Torben Plitt will defend his PhD dissertation on the shortening tendency in the Synoptic tradition. His defense marks the first time ETF Leuven hosts an online promotion.

Plitt’s research addresses the question of why certain narratives of the Synoptic Gospels show additional information compared to their parallels. For example: Both Matthew and Mark tell the story about the beheading of John the Baptist on Herod’s birthday. But only in Mark’s version do we read that “high officials and military commanders and the leading men of Galilee” were invited.

Within the scope of an interdisciplinary approach, this analysis uses findings of experimental memory psychology to show that, generally speaking, narratives in reproductions from memory do not increase in length, but become shorter due to omitted text information. Furthermore, insights from memory psychology research show that in reproduction of a narrative learned by heart most likely secondary information on place, time, concerning persons or objects tends to be omitted as well as information on an event or happening in the form of adverbial determination, redundancies, narrator’s comments and statements about possible events or happenings.

This study found that 90% of all additional information in parallel Synoptic narratives can be explained from a memory-psychological perspective by abridgement in the tradition. From a memory psychological point of view, the Synoptic parallel traditions likely reflect shortening tendencies rather than – as others in the history of research have argued – a tendency toward expansion. Based on its results, some general conclusions can also be drawn concerning the Synoptic problem, for example, that Mark most commonly provides the older tradition over against Matthew and Luke in these narratives.

Torben Plitt serves as pastor of a Protestant free church in Bad Endbach, Germany. He has taught courses on the exegesis of the New Testament at the Evangelische Hochschule Tabor in Marburg and at the Freie Theologische Hochschule in Gießen. He is married and has three children.

The defense will take place online on Wednesday, 2 September, starting at 14:30 hours.