At present, fifty-four international students from fifteen different countries are working on doctorates at ETF. The annual climax of the doctoral program is the doctoral week in the first week of September. During this week all students are given specific feedback on their research projects, and besides the graduations, all sorts of activities are organized to stimulate research. 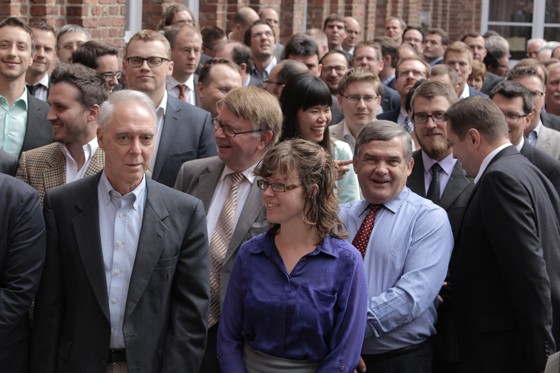 The American Old Testament scholar Holroyd is a pastor at the Westminster Presbyterian Church in Muncie, Indiana, and the father of two daughters. He and his wife previously worked as missionaries in Lithuania. 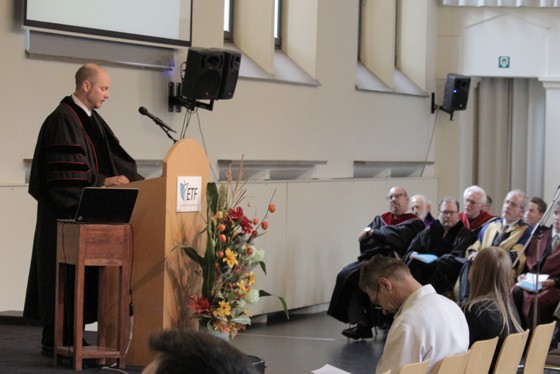 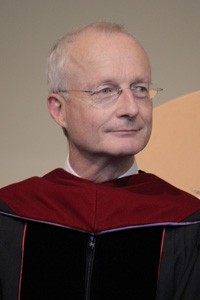 Jonathan Edwards and the freedom of the human will

On 3 September, Philip J. Fisk (USA), assistant in Historical Theology at ETF in Leuven, will be defending his thesis Jonathan Edwards (1703-58) on Freedom of Perfection: Establishing the Shift Away from the Classic-Reformed Tradition of Freedom of the Will. This dissertation about the influential American revivalist preacher and theologian focuses on his renowned book about the freedom of the human will (Freedom of the Will). The position of Edwards is seen against the background of the Reformed scholasticism that Edwards came to know during his studies at Yale. Fisk comes to the remarkable conclusion that Edwards’ thinking is more deterministic and allows less room for freedom of the will than Reformed scholasticism does. This research fits with the Benelux Jonathan Edwards Center at ETF (in cooperation with Yale and the VU University of Amsterdam). Promotors are Prof. Dr. A. Vos and Prof. Dr. A.J. Beck.

Since 1988, the American Philip Fisk and his wife Cindy have been working for the Evangelical Free Church of America, first in Zaire, since 1992 in Belgium. They have been involved with ETF in Leuven since 2008. 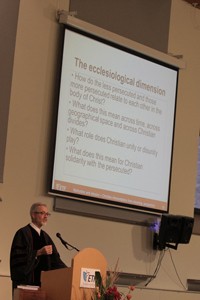 Inaugural address of Prof. Dr. Christof Sauer
On 1 September, Prof. Dr. Christof Sauer will be giving his inaugural address Martyrdom and Mission: Christian Interpretations from a Missiological Perspective. The research task of the professor of Religious Studies and Missiology, appointed in 2014, has a specific focus on freedom of religion and persecution. The professorship of Dr Sauer is part of the cooperation between the ETF and the International Institute for Religious Freedom (IIRF) of the World Evangelical Alliance. The IIRF is involved, for example, in advocacy for freedom of religion with the European Union.